You are here:
News & Events 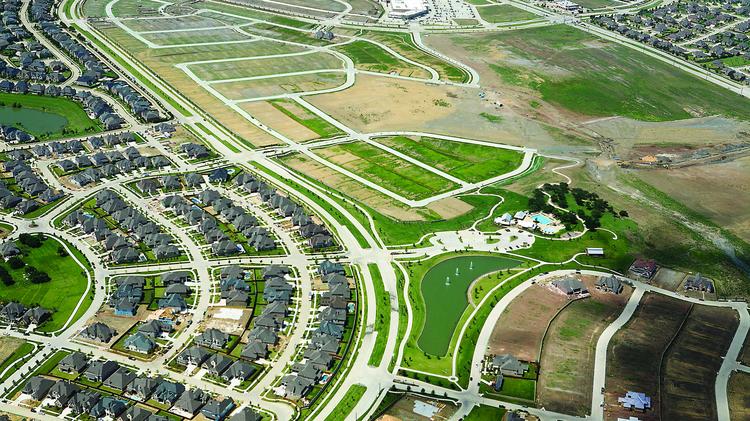 Construction has begun on the initial phase of single-family residential homes in Forney’s long-awaited Gateway Parks, a $1 billion, 2,000-acre master-planned community that will bring 1,850 home lots to the North Texas suburb.

“We are just getting started on the residential part of this big master-planned development,” Alan Bain, vice president of real estate development for Dallas-based developer Petro-Hunt LLC, told the Dallas Business Journal.

“We will have 440 home lots in the first phase and hope to have them done by August of this year,” said Bain, who added that he hasn’t partnered with any homebuilders yet on the home lots.

“We have been talking to some (homebuilding) groups, but we haven’t made any decisions yet,” he added.

The home lots are expected to be complete by August, with homebuilders expected to begin delivering homes by the end of the year, he said. Petro-Hunt is expected to bring in three to five builders for the project.

Bain said Petro-Hunt also has a site slated for an elementary school, which could be developed in the future by the Forney Independent School District.

“These rooftops are very important because they will drive the rest of the commercial development,” Bain told me. “This brings shoppers and workers to the area. We hope these homeowners will work in Forney, send their children to school there and spend their money there.”

Petro-Hunt has been working on plans for the 540-acre residential portion of Gateway Parks for the past two years. In all, the community is expected to take upwards of two decades to completely develop and will cost more than $1 billion.

Ted Wilson, principal of Dallas-based Residential Strategies, said Gateway Parks is poised to do well in North Texas as the region continues to add jobs and residents.

Recently, Wilson said the outlook of North Texas’ homebuilding industry appeared “quite bright” for the next few years as companies continue to relocate employees to the region.

“This steady influx of workers should help sustain housing demand,” he said.